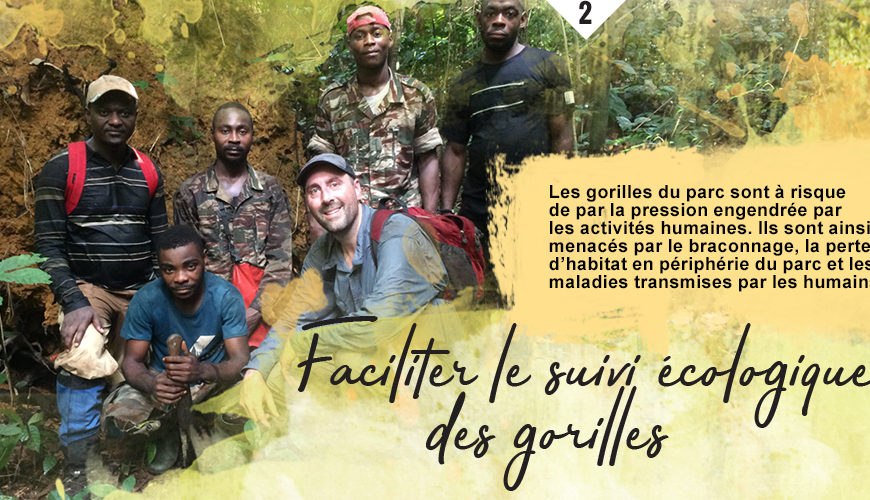 The Campo Ma’an National Park, with an area of ​​264,064 hectares, was created in 2001 as an environmental compensation for the Chad-Cameroon Pipeline Project.

Located in the province of Sud Cameroun, the Campo Ma’an National Park is a reservoir of biodiversity with more than 80 species of large and medium mammals including gorillas and elephants. Such a biodiversity has attracted the attention of the Zoo de Granby (Canada), which through its nearly 66-year history (founded in 1953), has almost always kept and presented elephants and gorillas in its facilities.

Following a growing desire to act beyond its Canadian geographical limits, the Zoo de Granby launched in 2015 a conservation project in Cameroon in partnership with FEDEC at the Campo Ma’an National Park.

The Zoo de Granby wishes to have a real impact on the survival of animal species in the wild. Five objectives have been identified to carry out this conservation initiative for the elephants, gorillas and other threatened species:

It is not only these challenges, but also its great dedication to the protection of animals that motivated FEDECto work in collaboration with the Zoo de Granby at the Campo Ma’an National Park. To support the Zoo de Granby in its ambitious overseas project, join their fundraising campaign.

This conservation project is carried out in partnership with the Ministry of Forestry and Wildlife, Concordia University (Canada), African Wildlife Foundation and World Wildlife Fund.